Be the reason why films grow to be epic!

It is the right time to enter if you are passionate about movies and visual effects you can get into the VFX industry. Also, Learn your course from Best VFX Institute in Bangalore.

A Lifeboat that is adrift middle of Nowhere. However, Pipatel finds the way to survive, and it shows his fight against a Bengal tiger. 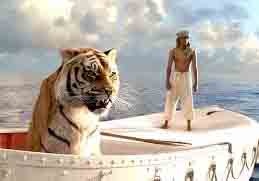 Rebel Alliance Leader-Princess Leia is held hostage by Darth Vader, Luke and Han Solo must free her and destroy the powerful weapon created by the Galactic Empire.

A paraplegic called Jake replaces his twin on Navi inhibiting Pandora for a corporate mission.

Hiro is a robot with Baymax in order to avenge his brother’s death. Also, join with Hiro’s friends to form a team of high-tech heroes.

After Thanos, an intergalactic warlord, disintegrates 1/2 of the universe. In addition, the Avengers ought to reunite and collect again to reinvigorate their trounced allies and repair balance.

A story about a boy Mowgli brought up in the jungle by wolves. So, Shere Khan, a tiger, threatens to kill him. And, a panther and a bear help him escape his clutches. 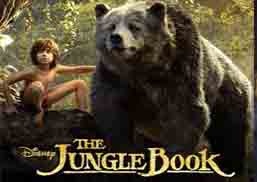 An entrepreneur, John Hammond, opens a wildlife park with cloned dinosaurs. Eventually, the breakdown of the island’s security system causes the creatures to escape from, and many chaoses follow.. 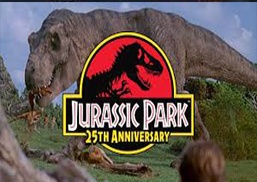 A Process of Film Making

It is the process of planning some of the elements involves in film play or other performance. And, there are three parts in a production: pre-production, production, and post-production.

It ends when the planning ends and the content starts to produce. Above all, A storyboard is a graphic representation of how your video will unfold, shot by shot.

Similarly, It’s made up of a number of squares with illustrations or pictures representing each shot. After that, with notes about what’s going on in the scene and what says in the script during that shot.

So, Like a script, your storyboard visually guides you throughout the production process. And By planning your video, you know which shots you need to create and how to create them when filming begins.

Also,  You can get others’ feedback early on and make simple adjustments to your storyboard, rather than making major changes while filming.

Moreover, To make a good storyboard, you don’t need to be a visual artist. Similarly, A storyboard can be anything from comic book-like rough sketches to stick figures to computer-generated drawings.

Also, it helps you plan your own video, we’ll walk through the basics of creating storyboards, including:

The basic elements of the storyboard:

A breakdown of two popular storyboarding method understanding different ways to storyboard, you’ll be set to visually plan your own video. However, Regardless of your budget or design experience, you’ll be able to create a clear map that seamlessly guides you through production.

And, Pre-Production is the procedure of planning a number of the elements involved in a film, play, or different overall performance. In addition, there are 3 elements in production: pre-production, production, and publish-manufacturing.

And,  Pre-production ends whilst the planning ends and the content starts being produced.

How to make a  storyboard:

Also, A storyboard is a pictorial illustration of ways your video will unfold, shot by using the shot.

It’s made of a number of squares with illustrations or photographs representing every shot, with notes about what’s happening in the scene and what’s being stated within the script in the course of that shot.

Like a script, your storyboard visually courses you at some point in the production technique. By planning your video, you recognize which shots you need to create and a way to create them while filming begins.

Modeling is to create a 3D -3 dimensional. props modeling, interiors, characters, and backgrounds for the story.

Texturing artists create colors, textures, and shades for the characters, props, and sets. In fact, They work to make certain the textures healthy the approved concept art and designs created through the artwork department.

The matte painting is to create the backgrounds /set which includes mountains, oceans, skies, vistas, and cityscapes. So, They create artwork that is the photographs that slide into the history of the animation.

Lighting is a key element that takes the 3-D factors and second visible improvement paintings to create the look and tone. Also,  Also, there may be an extraordinary deal of technical direction that happens at this stage.

The Comp is wherein additional factors are added collectively with very last render frames from lighting along with atmospheric factors. In other words, Depth of field and color tweaking show up at this stage. Also, This is in which the final look of a movie definitely comes collectively. And terrific compositors can make a terrific shot appearance terrific.

Very last edit must lock before those elements are introduced. And the Changing matters with the aid of some frames will throw sound layout and the rating off as they paintings to time matters to the body. And, This is why this is usually left to the final stage of production.

Color grading is regularly the last level of a product’s appearance. Similarly, despite the fact that lighting artists and compositors’ they’re regularly only working on a small part of the film. However, The color graders’ task is to make sure the photo is steady during every series so there aren’t jarring modifications in light or appearance.

A career in Media &Entertainment industry:

The media and entertainment industry grew in extreme heights with unlimited opportunities. Also, In this creative world, the wonders of animation can bring alive the thoughts and characters, stories. And, there is a wide range of job orient courses in 3D animation, VFX /visual effects, game designing, graphic designing, web designing, augmented reality, virtual reality, etc.

Similarly, The rapid advancement of technology has made animation, VFX, and the gaming industry has become one of the fastest-growing segments in the global media and entertainment market. However, The huge demand for high-quality productions with engaging visual effects and realistic animation and studios includes more animation and best VFX shots into films.

Looking for a career in 3d animation?

3d animation has fascinated all of us, giving life to thoughts and creating wonders with 3d software. Also, Three-Dimensional modeling, followed by texturing, lighting, animation, rigging, Fluids, cloth, FX, etc. Above all, There is a  huge career option available for the student after the successful completion of the course software’s uses: Maya, 3ds Max, Blender, Cinema 4D, Z Brush,

Lighting Artist, Texture Artist, Render Artist, Character Animator, Layout Artist, Digital sculpting artist, Rigging Artist, 3D generalist, etc. And, There are different animation software available in the market. Although, User can select the software according to their choice and requirement. A career in 3D gives an opportunity for people who are skilled at creating 3D animated games.

Also, The media and entertainment industry has enabled the VFX sector also in great heights; VFX is the procedure of creating live-action captured with film making. Therefore, the VFX and animation industry has been developed exponentially and the opportunities are huge.

Another huge area of focus is the Game industry –Game Designing &Development courses. However, New technologies are at a rise, and  widening the scope of interactive Design for games, augmented, and virtual reality with the increasing demand in the industry. Also, The incredible growth of the game industry led to the rising demand for skilled professionals.

It is the process from the moment someone first comes up with a game idea until the day the game goes into pre-production. In addition,  The Team consists of the designer, the tech lead, a concept artist, and a producer (who may spend only part of his time on the project). Also, Decisions are done on gameplay elements, create concept art to show what the game will look like on the screen, and flesh out the story.